The Law and Self Defence

This page is provided “as is” and whilst every effort has been made to ensure the accuracy and relevance of the advice herein, it should not be viewed as bona-fide legal advice. This information has been provided in an attempt to answer the questions Instructors are most often asked and to try and explain the complexities of the law and the difficulties that may be encountered when force is used in a physical confrontation.

You should always seek professional legal advice in any case where there is a use of force issue. MCSDA cannot be held responsible for any actions taken or not taken by individuals relying on this information.

The information contained here may be found on the CPS website 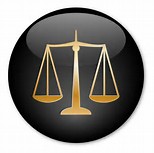 The law on self defence arises both under the common law defence of self-defence and the defences provided by section 3(1) of the Criminal Law Act 1967 (use of force in the prevention of crime or making arrest). It has recently been clarified by section 76 of the Criminal Justice and Immigration Act 2008.

The common law approach as expressed in Palmer v R is also relevant to the application of section 3 Criminal Law Act 1967:

“A person may use such force as is reasonable in the circumstances in the prevention of crime, or in effecting or assisting in the lawful arrest of offenders or suspected offenders or of persons unlawfully at large.”

Section 3 applies to the prevention of crime and effecting, or assisting in, the lawful arrest of offenders and suspected offenders. There is an obvious overlap between self-defence and section 3. However, section 3 only applies to crime and not to civil matters. So, for instance, it cannot afford a defence in repelling trespassers by force, unless the trespassers are involved in some form of criminal conduct.

A person may use such force as is reasonable in the circumstances for the purposes of:

In assessing the reasonableness of the force used, prosecutors should ask two questions:

The courts have indicated that both questions are to answered on the basis of the facts as the accused honestly believed them to be (R v Williams (G) 78 Cr App R 276), (R. v Oatbridge, 94 Cr App R 367).

To that extent it is a subjective test. There is, however, an objective element to the test. The jury must then go on to ask themselves whether, on the basis of the facts as the accused believed them to be, a reasonable person would regard the force used as reasonable or excessive.It is important to bear in mind when assessing whether the force used was reasonable the words of Lord Morris in (Palmer v R 1971 AC 814);

“If there has been an attack so that self defence is reasonably necessary, it will be recognised that a person defending himself cannot weigh to a nicety the exact measure of his defensive action. If the jury thought that that in a moment of unexpected anguish a person attacked had only done what he honestly and instinctively thought necessary, that would be the most potent evidence that only reasonable defensive action had been taken …”

The fact that an act was considered necessary does not mean that the resulting action was reasonable: (R v Clegg 1995 1 AC 482 HL). Where it is alleged that a person acted to defend himself/herself from violence, the extent to which the action taken was necessary will, of course, be integral to the reasonableness of the force used. In (R v OGrady 85 Cr App R 315), it was held by the Court of Appeal that a defendant was not entitled to rely, so far as self-defence is concerned, upon a mistake of fact which had been induced by voluntary intoxication.

Pre-emptive strikes
There is no rule in law to say that a person must wait to be struck first before they may defend themselves, (see R v Deana, 2 Cr App R 75).

Retreating
Failure to retreat when attacked and when it is possible and safe to do so, is not conclusive evidence that a person was not acting in self defence. It is simply a factor to be taken into account rather than as giving rise to a duty to retreat when deciding whether the degree of force was reasonable in the circumstances (section 76(6) Criminal Justice and Immigration Act 2008). It is not necessary that the defendant demonstrates by walking away that he does not want to engage in physical violence: (R v Bird 81 Cr App R 110).

The mere fact that a defendant went somewhere to exact revenge from the victim did not of itself rule out the possibility that in any violence that ensued, self defence was necessarily unavailable as a defence.

However, where the defendant initially sought the confrontation (R v Balogun [2000] 1 Archbold News 3)

A man who is attacked or believes that he is about to be attacked may use such force as is both necessary and reasonable in order to defend himself. If that is what he does then he acts lawfully.

It follows that a man who starts the violence, the aggressor, cannot rely upon self-defence to render his actions lawful. Of course during a fight a man will not only strike blows, but will defend himself by warding off blows from his opponent, but if he started the fight, if he volunteered for it, such actions are not lawful, they are unlawful acts of violence.